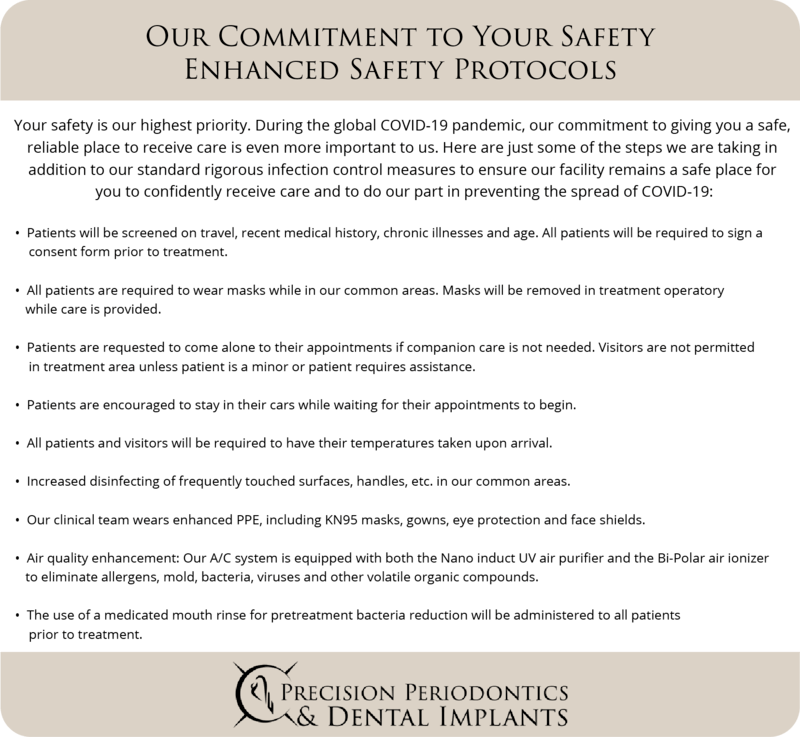 In reality, bleeding gums could be a symptom of gum disease. Did you know that nearly half of Americans over the age of 30 could actually have some type of gum disease without ever realizing it? While this may not seem like a serious problem, gum disease can actually lead to issues such as bad breath, shifting teeth, and even tooth loss. Luckily, if gum disease is recognized early enough, it can be treated fairly easily.

However, your gums could also bleed because of brushing and flossing. If you haven’t flossed in some time, starting can cause bleeding gums. If this bleeding doesn’t stop within a week, please schedule an appointment with our team. Similarly, if you use a toothbrush with hard bristles, you could damage your teeth or gums, which could cause bleeding.

If you’re interested in learning more about bleeding gums, please don’t hesitate to contact Precision Periodontics & Dental Implants at 407-378-0877. We’ll be happy to answer any questions you have and to offer you personalized advice. Our team is eager to hear from you.